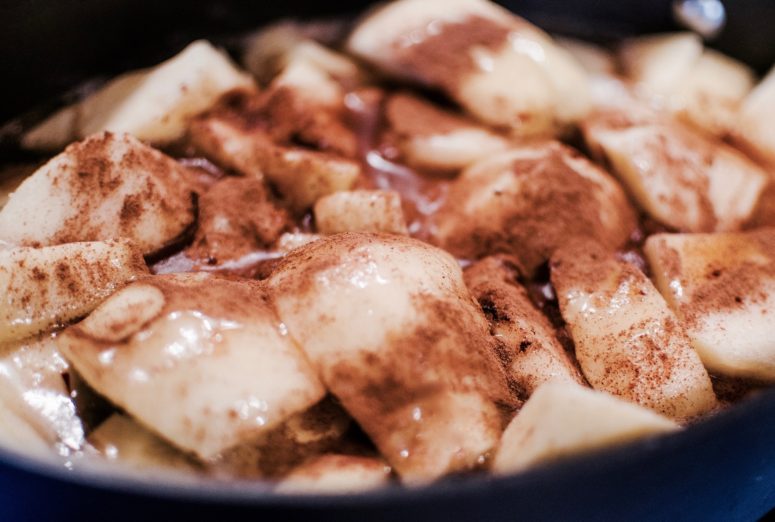 Growing up in the South… wait.  Let me rephrase that.  Mostly growing up in the South, you learn a lot about living off of the land, farming, appreciating your surroundings.  Not that I didn’t before.  I mean, I grew up navigating the red woods of northern California chasing off bears, mountain lions and lost hippies.  But down here, everything’s much slower, much more indulgent.

My grandmother lived in the country on a tobacco farm in North Carolina.  And when I say out in the country, I mean OUT IN THE COUNTRY!  Moving to South Carolina was the most incredible shock to my system!  Honestly, it still is.  When we first moved, my parents sent me to stay with my grandmother for a couple of weeks before, I don’t know, I was delivered to my new home.  Seriously, that’s what it felt like.  I was a package in-transit, lost in a foreign land of tractors, bare feet, bugs, sweet grass and a foreign language where, “Hey ya’ll” meant f*#! all to me.  Ya’ll???

It was my first time in the South.  I was at an age where I had absolutely no reference for my surroundings, what was happening, why strangers were waiving at me, what fried chicken was, or worse – lard???  Why did Grandma keep a bucket of lard in her house, let alone in her kitchen?  Was it to ward off demons, rejuvenate retired snail clans, oil up a big-rig, create the world’s largest slip-n-slide??

Nope.  Apparently this is something true southerners cook with! … W…T…F…  As if the language and ladybug-covered ceilings weren’t enough of a shock, this woman was putting pig fat in my food?!  It was shocking.  It was outrageous!

My grandmother cooked absolutely everything in it!  Bacon, ham, chicken, biscuits, butter beans, squirrels, turtles, you name it.

Kidding on those last two…I think.  There is in fact a period of time in question as to whether or not this happened…something about feeding it to the “farm hands”…frankly, I don’t even want to know.  That’s just a bit much…

The best treats, though, were her pies.  My god, her pies were to die for!  Chocolate was what she was famous for, but for a privileged few, my Grandmother made apple pies.  Oh man…you don’t even know!

Alright, so the South couldn’t be all bad.  I wasn’t sure how or if I could connect with this place, but man!  I connected with my grandmother’s pies!

Growing up at my parent’s house in South Carolina, in the suburbs, they made sure that we were still connected with nature and all that it could provide us.  Part of me thinks it was my Mother’s idea of survival training.  She grew up in Alaska, living off of moose and like a match or something.  That’s a story for a different time.

Surrounding our house were pear trees, peach trees, plum trees, and my favorite, apple trees.  So, nearly a decade after my little “in-transit” period, my Grandmother visited us during peak apple picking season!  Was I excited??  Hell yeah!  I was finally going to have my Grandmother’s apple pie, again, after all that time.  Only this time – no lard!  Thank god!!

I was finally old enough for her to teach me her recipe – a southern tradition passed on to me, the valley girl who still sobbed when she was touched by a bug.

We made so many pies that week, our house smelled like fresh, baked, apple pie for a good month!  It was such a special time, and now, a cherished memory.  But, one that I carry on in my own kitchen.

I think of my incredible grandmother every time I bake.  She taught me so much.  I loved her dearly.

She still puts smiles on faces with every bite of her delicious and cherished recipe.  And guess what…the secret to this pie isn’t lard 😉 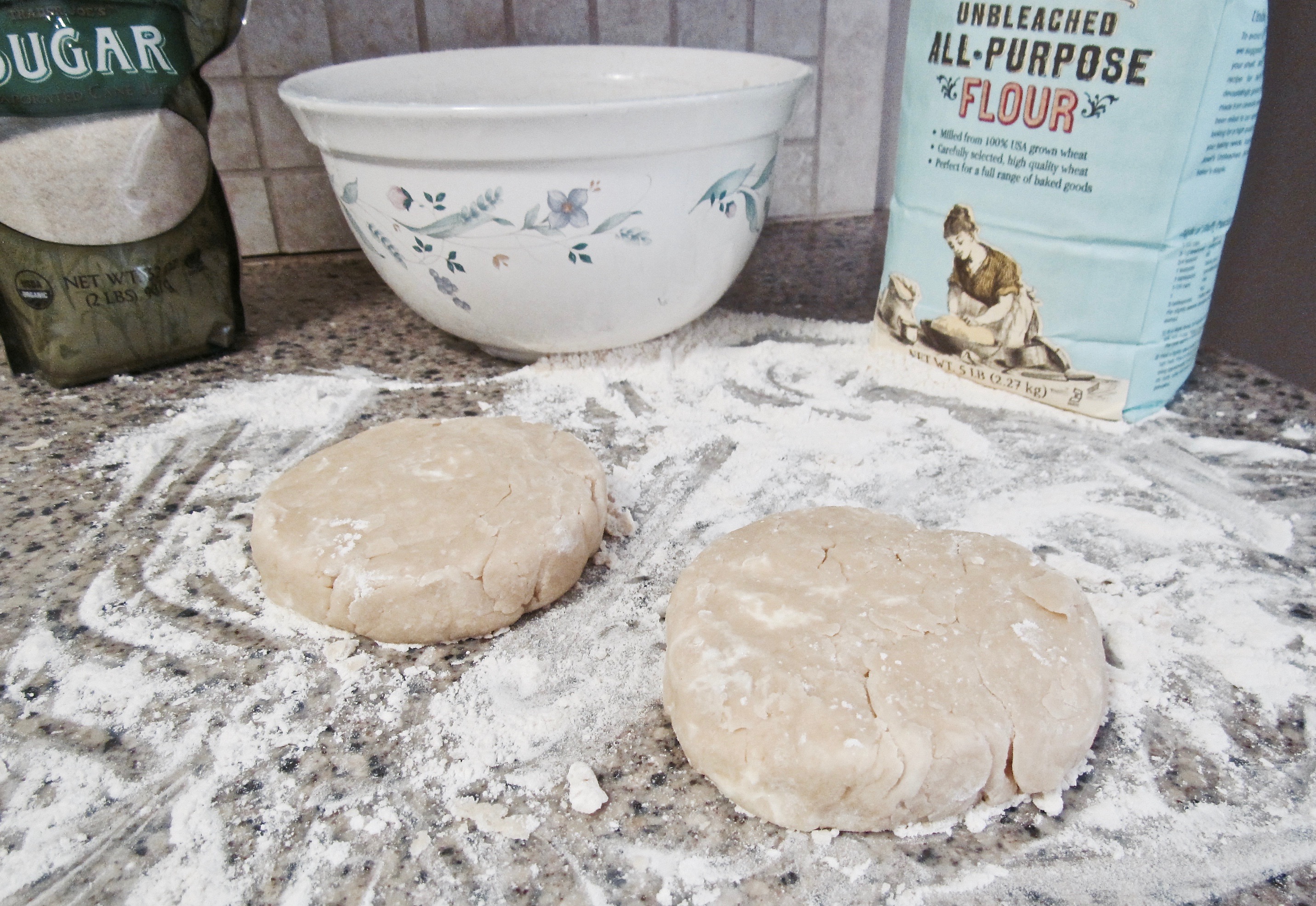 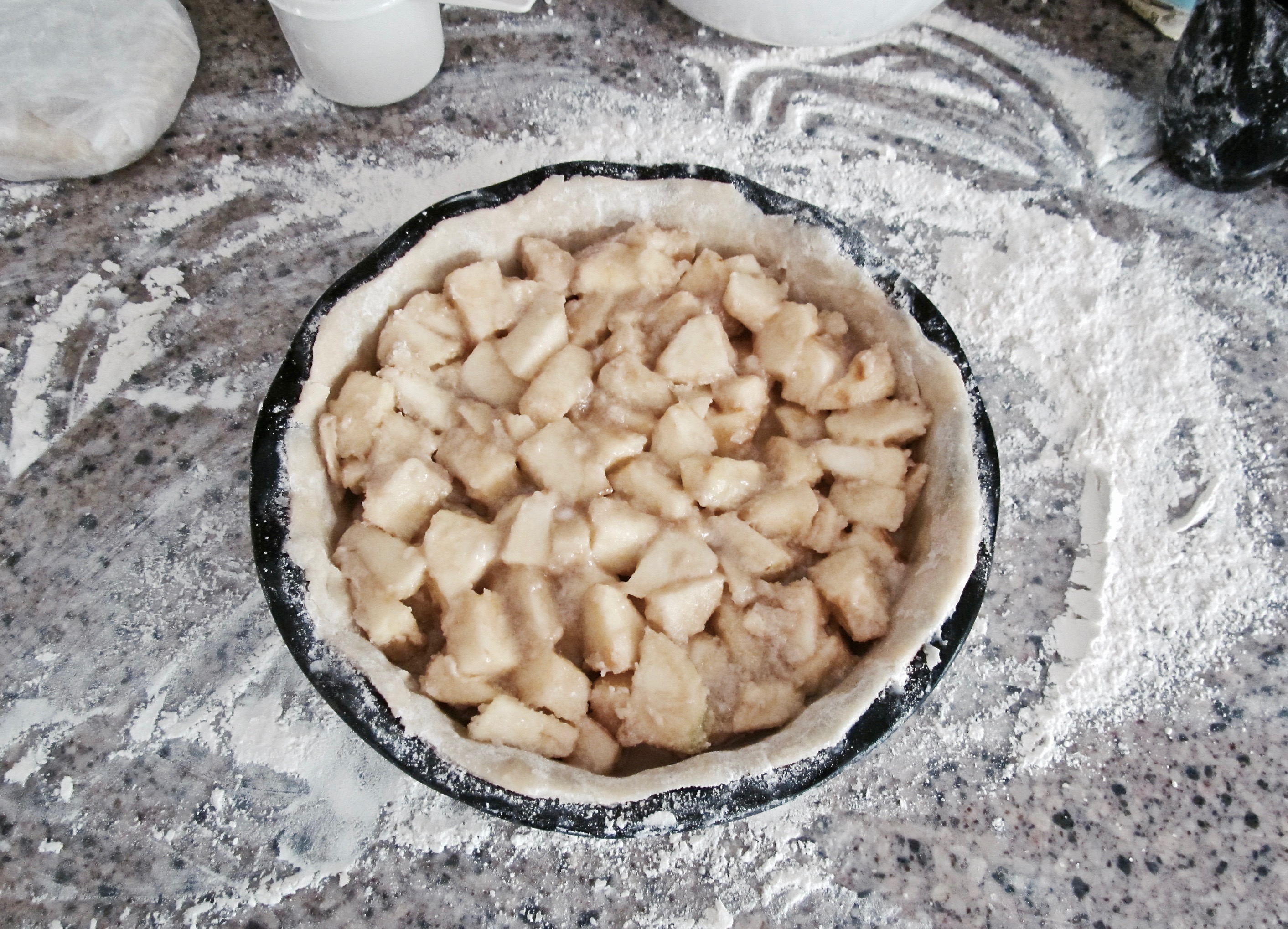 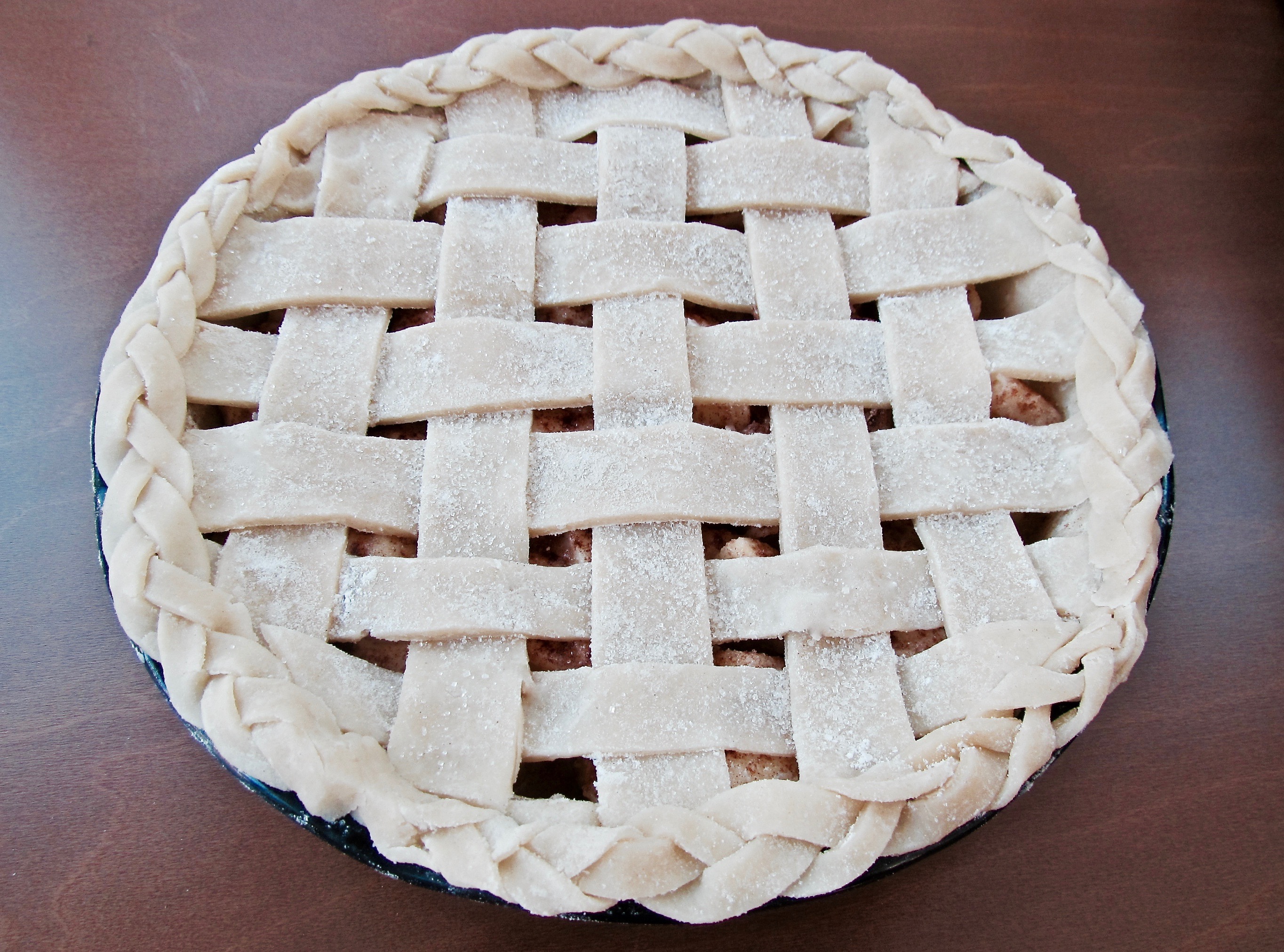 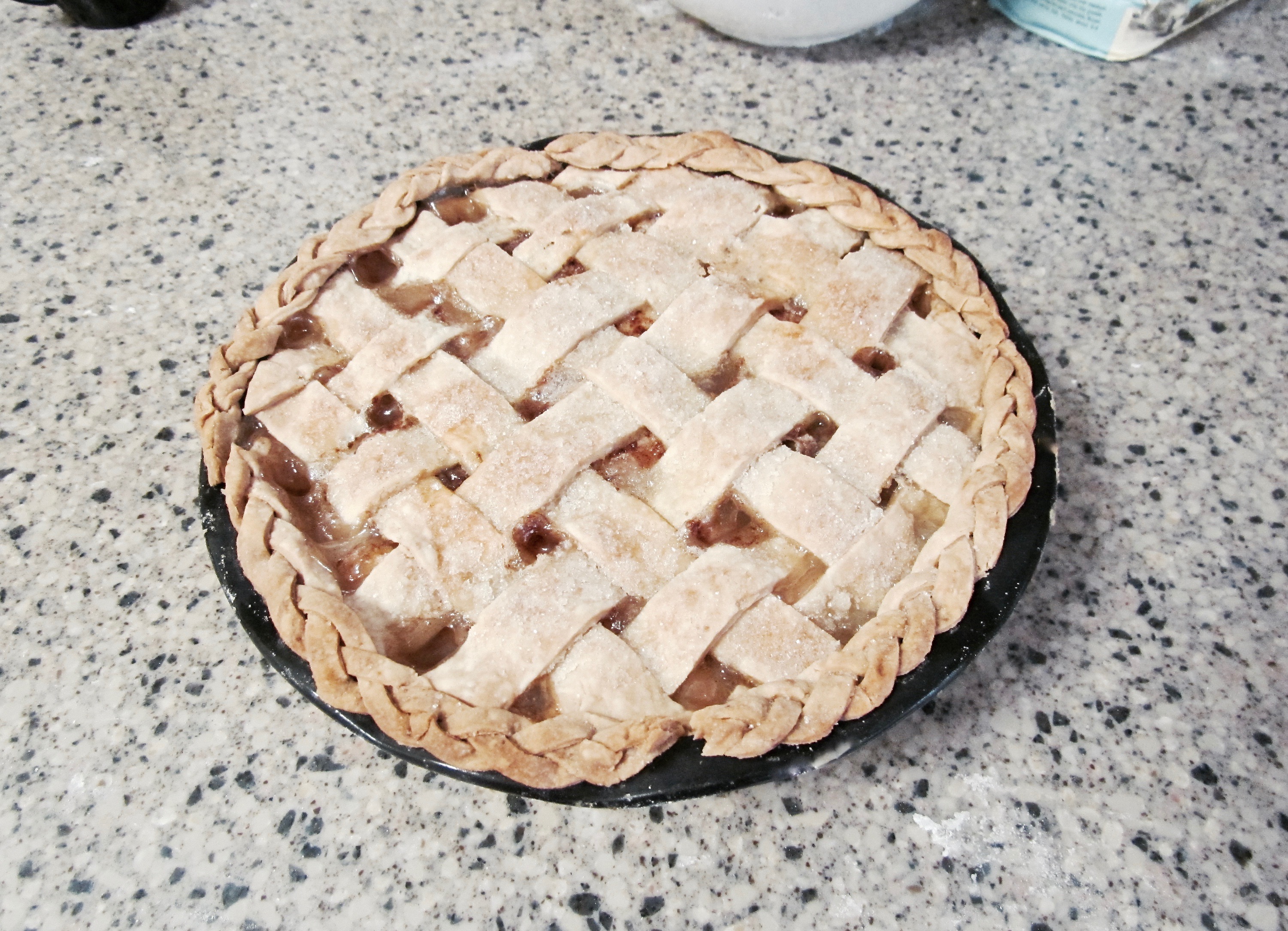